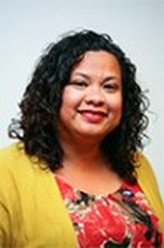 On behalf of APALA, I hope everyone has been having a great summer! As mentioned in the last newsletter, we’ve added two more staff members and three interns, who have been working hard towards a variety of community and labor events in Las Vegas including the recent AAPI Presidential Election Forum and our organizing efforts heading into November’s election.
​
In June, we celebrated Pride and Immigrant Heritage Month – a time to share the stories that uplift the different aspects of our identities and a time to reflect on the narratives of those who continue to struggle within a system that criminalizes our communities. We also reflected on how the recent Supreme Court decisions on DACA+ and DAPA programs, affirmative action in college admissions, and women’s reproductive health access affected the AAPI community.
​
In July, we witnessed another series of Black deaths at the hands of police officers and have doubled down our efforts for #BlackLivesMatter and the Movement for Black Lives – a fight that we continue to engage in as we work towards racial justice and liberation for all communities of color.

In August, we participated in two historic convenings. The first was in Seattle at the AAPIs Beyond Bars and Beyond Borders, where we joined AAPI activists to talk about ways to disrupt the school-to-prison-to-deportation pipeline. We also participated in a historic convening of over 3,000 AAPIs from across the country to hear from the presidential campaigns and their surrogates at the 2016 Presidential Election Forum in Las Vegas, NV.
​
As we head towards the general election this November, we hope that you stay engaged with APALA and the political process, and encourage you, your friends, and family to register to vote! Become a member today!

We thank our our APALA Lifetime Warriors for their continued leadership and support to APALA's efforts to fight for social and economic justice: